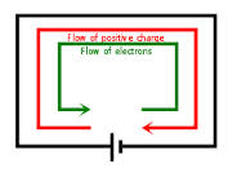 Charge is a property of a material. It can be positive, negative or neutral. It is measured in Coulombs (C).  It is related to current (A)  and time (s) in the following equation:

Voltage is officially defined as 'energy per unit charge'. It can be thought of either as how much energy each electron is given as it passes through the battery or power supply.  Or you can think of it as how hard the electrons are being pushed around the circuit. It is measured in Volts (V). Voltage is also called potential difference as it is the difference in Volts between the two electrodes.

It is related to charge and energy in the equations below.